Note : If you are preparing for CSS Exams , Please  comment the answers .

NOTE: (i) First attempt PART-I (MCQs) on separate OMR Answer Sheet which shall be taken back
after 30 minutes.
(ii) Overwriting/cutting of the options/answers will not be given credit.

(ii) Answers given anywhere, other than OMR Answer Sheet, shall not be considered.

1. The International Day of Peace, sometimes unofficially known as World Peace Day, is observed
annually on:
(a) 21st September (b) 23rd September (c) 12th October (d) None of these

2. International Day for the Elimination of Violence against Women is observed annually on:
(a) 25th December (b) 23rd November (c) 25th November (d) None of these

3. International Day for the Elimination of Racial Discrimination is observed annually on:
(a) 23rd May (b) 21st March (c) 01st March (d) None of these

6. NATO Headquarters are located in:
(a) Birmingham (b) Barcelona (c) Baltimore (d) None of these

7. The South Asian Association for Regional Cooperation (SAARC) is an organisation of South
Asian nations. Which of the following countries is not a member of SAARC?
(a) Maldives (b) Myanmar (c) Bhutan (d) None of these

8. The UN uses the Human Development Index to:
(a) predict, in order to prevent, which countries are most likely to engage in ethnic cleansing.
(b) demonstrate how well a country is providing for its people’s welfare and security .
(c) predict the percentage of displaced people that will leave a failed state.
(d) prove that the Global South is not as poor as some have argued.

9. Which of the following states has not ratified the Comprehensive Test Ban Treaty (CTBT)?
(a) Canada (b) France (c) United States (d) None of these

10. The most significant greenhouse gas is:
(a) Ozone (b) Chlorofluorocarbons (c) Carbon Dioxide (d) None of these

11. An index that estimates the true rate of exchange among currencies is called:
(a) Human Development Index (b) Exchange Rate
(c) Purchasing Power Parity (d) None of these

12. The idea that leaders initiate foreign conflicts in order to distract public opinion from controversial domestic policies is called:
(a) Diversionary Theory of War (b) Democratic Peace Theory
(c) Autocratic Rule (d) None of these

13. The lowest percentage of Internet users is found in:
(a) North America (b) Africa (c) Australia (d) None of these

15. In International Relations, a global system containing two dominant powers is labeled with which of the following terms?
(a) Bipolar (b) Nationalist (c) Isolationist (d) None of these

17. The proposition that a single dominant power can promote world peace comes from ________ theory.
(a) balance-of-power (b) Socialist (c) Hegemonic stability (d) None of these

For Jobs and Admissions Updates , Please Like This page :- 18. The US ambassador, J. Christopher Stevens was killed by militants in
(a) Tripoli, Libya (b) Misrata, Libya (c) Benghazi, Libya (d) None of these

19. ____________explains how rational self-interested behavior by individuals may have a destructive
collective effect.
(a) Tragedy of the commons (b) Population implosion (c) Carrying capacity (d) None of these

20. The process through which a country increases its capacity to meet its citizens’ basic human needs and
raise their standard of living is known as:
(a) Self-determination (b) Democratization (c) Development (d) None of these

PART-II
NOTE: (i) Part-II is to be attempted on the separate Answer Book.
(ii) Candidate must write Q. No. in the Answer Book in accordance with Q. No. in the Q. Paper.
(iii) Attempt ONLY FOUR questions from PART-II. ALL questions carry EQUAL marks.
(iv) Extra attempt of any question or any part of the attempted question will not be considered.

*************
Q.2. Discuss the successes and failures of political parties in bringing about a meaningful
political change in Pakistan. (20)

Q.3. Discuss the current socio-political and security situation in Afghanistan and its
implications for the neighbouring countries. (20)

Q.4. How will “Arab Spring” effect the political and security environment in the Arab
World? (20)

Q.5. Discuss the importance of Pak-China relations. How does this relationship effect the
political and security environment in South Asia? (20)

Q.6. Discuss the causes of extremism and militancy in Pakistani society. Suggest ways and
means for the state organs to overcome these problems. (20)

Q.7. Resolution of Kashmir Issue between India and Pakistan can bring peace and
prosperity in the region. Discuss. (20)

Q.8. Critically evaluate the causes of Energy crisis in Pakistan and its consequences for the
economic growth and social fabric in the country. (20) 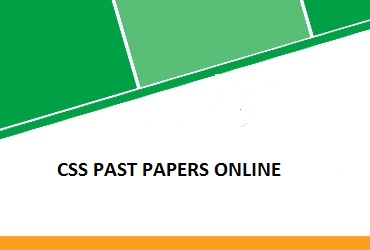