Russian Engineers has introduced Microwaves Emitter System . This system is capable of striking down the enemy’s drone in the air with the help of aerial strikes. According to the Local Media of Russia , United Manufacturing Corporation has named this Technology as ” Karashoka-4 ” . This system was 1st time exhibited in the exhibition of secret weapons of Russia.  This system is capable of  striking down enemy’s drone from 1 Km range. According to the chief executive of the company , this has been tested several times before. This emit highly strong energy and this is capable of hacking Planes and Drone System control. This electromagnetic device can only hit within 1 Km range only. This system emit radiations via Reflector Radiator . 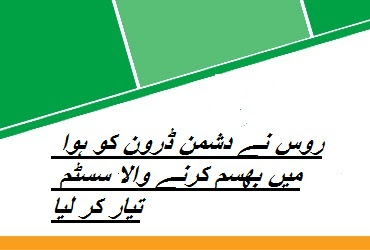