TOP AIRLINES IN THE UNITED STATES

When it comes to travel somewhere by the aero plane most people get confused on choosing the best airline service. Some people look for their comfort during their long flight or some prefer to have an airline which never delay their flights and have best customer service. So here today we are sharing with you the top airlines in the United States with whom you will love to travel anywhere around the globe as they provide best service which start from luggage handling to your safety during the flight and ends once you left the airport and all these in some cheap bucks which is not a bad deal at all. So here is the list:
1-DELTA AIRLINES:
Undoubtedly Delta is known as the best airline service of the United States. If we considered the number of passenger one air service carried in a day than Delta is the largest among the all. They provide flights to all the six continents of the world which makes them the number one airline service of the US.
2-AMERCIAN AIRLINES:
They are generally known as the synonym of quality and comfort. The number of employees in American Airlines exceed 100,000 which describe their performance quality as they never leave any stone unturned to provide the best possible service to their passengers whether it’s about their luggage to the installed WIFI system during the flights. They are simply on of the best airline service of the world.
3-SOUTHWEST AIRLINES:
The estimation of the trust on Southwest airlines by the people can be observed by the fact that they are enjoying the fruits of being in profitability since the last Forty years which is a record as well. The best thing about them is they are never late with their flights and delaying a flight is almost a crime for them so they never give it a thought. One can imagine the quality of their service by the fact that in 2016 they were included in Fortune Magazine’s “World’s Most Admirable Companies” list as seventh ranked company.
4-UNITED AIRLINES:
United Airlines basically is the world’s largest airline when it comes to the number of destination one airline can reach. They are known as the pioneer of innovations and they were the first U.S. airlines, in 2013, to provide free WIFI which was satellite based. The way they are performing on the stock market and enhancing their quality soon they will lead the list of top airlines in the U.S.
5-ALASKA AIRLINES:
Since the last five years the airline service which is ranked as number one in terms of fuel efficient internal airline service, by International Council on Clean Transportation (ICCT), is none other than the Alaska airlines. They are considered the best service provide in cheap price which is affordable by everyone and makes you feel that every penny of your money has been worth to use in this flight. They provide services for the Alaska and other 49 bottom states than any other airline service in the U.S. 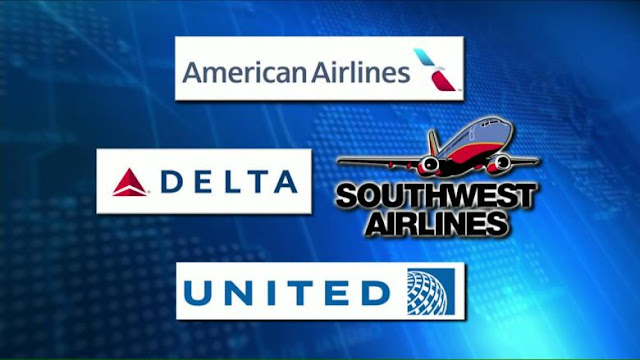