Difference Between Polygamy and Polygyny

Polyandry defines as one women with multiple husbands . Polygamy relates to the scenario having more than one spouse. While Polygyny is a practice in which husband has more than one wife. Polyandry is less common than Polygyny . Polygyny is most common in West Africa and accepted legally in mostly Muslim countries

Quran doesn’t allows Polygamy in Islam in any situation and consequences but Polygyny is allowed in certain scenarios and circumstances . 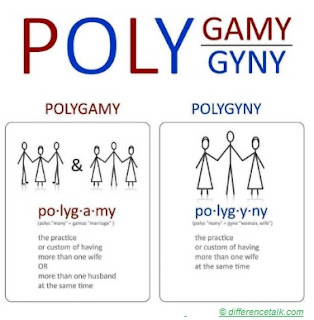