Federal Public Service Commission (FPSC) has announced the written tests results held in February , 2018 on 18th September 2018. Every-year thousands of candidates appears in this competitive exams for the posts of BPS-17 in civil services of Pakistan.

According to FPSC Official Website ,   statistics of CSS Competitive Examination, 2018 are as under:-

The passing percentage is 4.79 percent with respect to candidates appeared in the CSS exams, 11,887, as only 569 out of the appeared students have passed the written test.
The FPSC in a press release said that passed candidates will be intimated schedule of medical examination, psychological assessment and viva voce in due course of time. 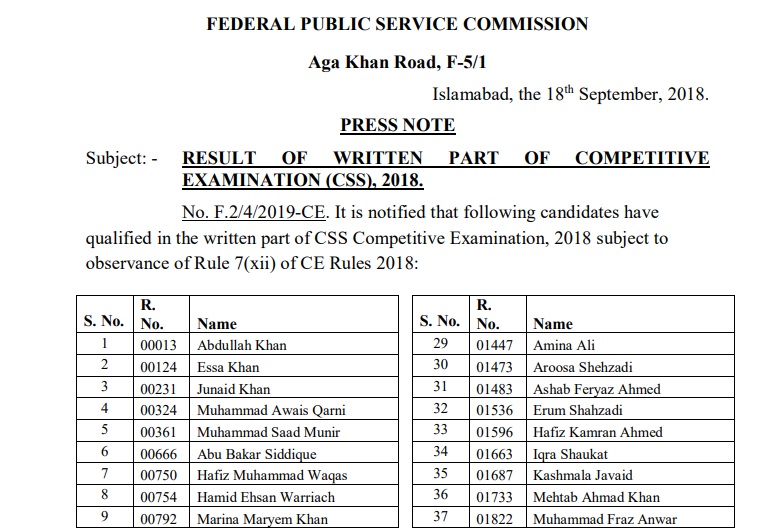